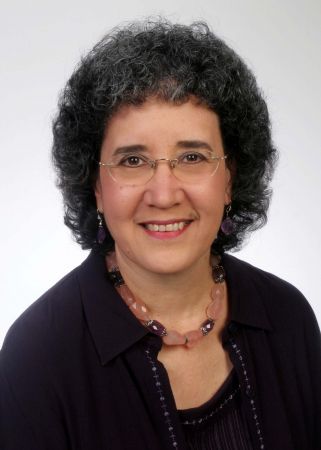 Tightwire walking requires maintaining balance while moving along a tensioned wire between two points. In the case of community psychology this refers to the balance between our status as a discipline and a science and our social change goals. When we choose to engage in policy processes the tension increases and, as we shall see, our walk is burdened by areas of our expertise that are not yet developed or are compromised.

Community psychology since its origins has been concerned with human welfare and scientific development. Some have espoused more treatment focused or secondary prevention efforts, others have focused on prevention and promotion all at diverse levels of intervention, but everyone is interested in improving human lives and, in some manner, increasing social justice. Most are also involved in developing ways to understand the realities that surround our social problems, to develop and evaluate interventions that will change them and to contribute this knowledge to others. One of the intervention levels in which we engage is that of institutional/community change where social or public policy interventions belong. The six articles and one brief report included in this special issue of the GJCPP present diverse examples of policy work that confront us with various issues that must be considered and critically analyzed.

All authors agree, with some caveats, that community psychology and social policy can contribute to each other; that our science can nurture interventions at this level and vice versa. All also agree that in the process of intervening at this level, community psychologists have contributed to policy makers’ knowledge of community development, empowerment, participation and evaluation research while community psychologists have learned more about political processes, institutionalization, negotiation and conflict resolution. Finally, all converge in the belief that social policy processes have in many cases been examined simplistically, decontextualized and as if they were unitary and monolithic. The articles in this issue demonstrate the variety of efforts, issues and populations that have participated with community psychologists in these efforts and have in the process raised concerns with which we are burdened as we cross the wire.

Subjectivity
One focus that I believe is lacking in most of community psychologists’ policy work in the U.S., and which is an important contribution from other borders, is the view of policies as creators and reproducers of subjectivity (Alfaro, Sánchez & Zambrano, 2012; Rodríguez, 2012; Sandomirsky, 2010) Not only do policies embody values, beliefs and meanings of a particular socio-historical and cultural period but as a result they also influence the development of social relations among participants influenced by these policies. For example, if a policy related to homelessness presents its target population as incapable, dependent, mentally ill, and devoid of a future, it will create and reproduce this image of homeless people in those who interact with them, develop programs, and communicate to others their beliefs about this group. Identifying these constructs that many times are hidden by good intentions and benevolent, palliative policies, understanding how they influence the way participants in the policy process engage each other, and intervening to change them so that they foster the values and goals of our discipline is an important quest for community psychology. It will strengthen our science as well as our interventions.

Context
Various authors of the Special Issue emphasize the importance of context as it relates to policy work. This is discussed in terms of: a) the variety of actors that participate in the process and the roles community psychologists engage in, b) the research methods that have to be used or developed to deconstruct policies, to further alternatives and to evaluate success, and c) the interveners’ relationship with the State.

Actors and roles
In the various projects that the authors describe actors include the affected populations (those towards which the policies are geared), different levels of government representatives (legislators, agency directors, municipal employees), non-profit and for-profit organizations, universities, networks, coalitions and consortia. Community psychologists can be employed by some of these actors, work voluntarily with them or work as independent practitioners. From these vantage points they can be consultants, researchers, evaluators, advocates, community developers, political organizers, facilitators, educators, and trainers, and others. They can influence the policy process from the bottom-up or the top-down and participate in any or various steps in the policy cycle: definition of the problem, policy formulation, implementation or evaluation. Each one of these levels has its own characteristics, power struggles, dynamics and aspirations. One challenge is to have the personal and professional tools and skills to work in these varied situations and settings. Another is not only to understand the differences these contexts pose but to be able to maintain our course in the direction of respect for diversity, equity and participation.

Participation is a good example of a concept that can vary from context to context. For some of these contexts participation means voting in an election, for others it means communicating opinions, ideas and alternatives so that governmental officers may decide. Another expression of participation is recruiting community members to deliver the services that the policy has proposed. Further along are those that engage citizens in voicing their opinion, and also invite them to participate in the decision making process. And finally, there are even examples where community members define the project, make the fundamental decisions and manage the budget. Which of these expressions of participation is possible in your context? Are you content with the level of participation allowed? Are there ways to increase it? Is the group or community you are working with ready or interested in greater participation? If so, do they have the skills and knowledge that their participation requires? These are all issues related to a central goal of most of the projects our authors write about which you may be facing in your policy efforts.

Research paradigms and methods
The walk between our science and our policy work would be less tense and much shorter if we heeded the voices of those who for years have been questioning our methods. Various authors in this issue speak to the need for using research paradigms that contextualize the policy phenomena we are studying. They criticize the rigidity and lack of depth of positivism and evidence-based approaches. They signal the inability of these methods to grasp and explain the socio-cultural, economic, and community variables in which the policies are immersed. They suggest the use of multi-level analysis, participatory research, and stakeholder analysis, among others. Others suggest innovative ways to disseminate results to the affected populations through games, role play, popular theatre, and collages, among other methods.

This message is not new. Criticism of positivism is a thing of the past (Brown & Tandon, 1983; Feyerabend, 1978; Guba, 1990; Staller, Block & Horner, 2008). There are constructionist frameworks (Holstein & Gubrium,2008), pragmatic frameworks (Fishman,1999), and critical theory alternatives ( Fox & Prilleltensky,1997), among others. Although I can understand the social, economic and political forces that collide to maintain most of us in the positivistic path, it is hard for me to understand why it has taken most community psychologists so long to abandon, or at least, challenge and confront this paradigm. Authors in this issue are unanimously agreed on the need for this shift.

Relationship to the State
This issue, the State as context, is probably the greatest quagmire of them all. Various authors state that policy is defined within the limits of the State, an assertion which is supported by the fact that all efforts described in these chapters included governmental players. There is no question about the fact that our research is mostly controlled at present by government and capital, particularly in a time of such economic scarcity in universities (Buroway,2013). So the questions are: If working in the policy arena, is there any way of avoiding becoming an ideological agent of the State? Will it always be necessary to compromise the ultimate goals of communities to obtain State support or at least to avoid its belligerence and control? Burton suggests that we: a) develop an understanding of the structural and systemic power of capital and its ideological disguises, b) develop a process of reflection with the affected, c) make the effort to join in learning across contexts, and d) take opportunities to contribute to the formulation of policy. I believe these are important steps which may increase the possibilities of influencing policy to respond to our communities, but I believe once in bed with government, there will be negotiation and, as various examples in our reading suggest, gains will be desirable, but more modest than initially expected. This will be particularly so if our livelihood, or that of others in the community, depends on these transactions.

Let me be clear. I am not saying we should not engage in this kind of intervention nor should we abandon our goals. I have seen policy measures ameliorate cancer, diminish HIV, foster community mental health models, improve public transportation, reduce crime, and on and on. I have participated at this level of intervention for years and have educated many students to so engage. In my opinion, however, policy work is not revolutionary work. We can further critical analysis, increase participation, improve people’s social conditions, develop community skills and empowerment, and attain other lofty goals. In the process we can learn, publish, educate others and even enjoy ourselves. And for many this will be more than enough. But if we want to walk off the tightwire to another different or new social order, that is not up to us. That is up to those who can no longer tolerate oppression and injustice, and whose struggle we can decide to join or not.