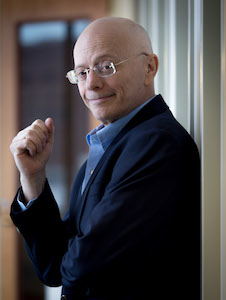 In the spring of 2015, Lenny Jason, Daphna Ram, and Ed Stevens posted this note on the Society for Community Research and Action listserv:

According to Popper (1968), good theories need to offer clear predictions that can be rigorously tested and falsified. In a sense, as you know, theories allow data to be organized, systematized, and interpreted.  A group of us at DePaul University are thinking about which theories are central to the field of community psychology. We would be interested in learning whether you use theories explicitly, and if you do use theories explicitly, what theories you use, and do you borrow them from other disciplines or are they from the field of community psychology.

We were very gratified by the responses, and many privately asked us if we would be willing to share the responses with the larger SCRA community. After sharing the responses, a group of us began writing a paper that grew to about 50 pages over time.  We are so thankful to Scott Wituk and the Global Journal for giving us a forum to publish our initial piece, as well as the 10 authors who wrote reaction articles to our papers.

We certainly hope that this is just the beginning of the dialogue on this topic that we feel is so needed in our field. There are many methods to keep this discussion alive, including direct comments on each article, facebook, and other forums on which you may wish to share this issue. The dialogue that occurs should be widely available to our field, using various modalities including social media, so that we may continue to critically think through the very important work of Community Psychology. 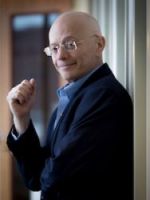 Leonard Jason is a professor of Clinical and Community Psychology at DePaul University. He been working on a NICHD grant with Dr. Robinson for the past few years on violence prevention with urban 9th grade youth.

When I was a doctoral student at the University of Texas (1954-58) psychology was focused on hypothetical deductive thinking influenced by logical positivists. Primarily a Theory, and Theory only, was a source of hypotheses. Hypotheses were deduced from the theory. In my case, I made deductions from George A Kelly’s Personal Construct Theory (1955) to provide empirical tests of two of his constructs "permeability" and "propositionality." It was a privilege to have the theorist ok my deductions. I found some positive results from laboratory procedures. Yet, this experience left me feeling rather incomplete. I had no idea how these ideas would work out in real world natural settings.

As a post doctoral fellow in 1958-1960 I had the opportunity to work with Bob Newbrough and Sid Gelfand and three others to do a systematic literature search for the emerging community mental health movement. We all shared a commitment that the search be multi-disciplinary. This exploration of this vast literature was published as "Community Mental Health and Social Psychiatry: A Reference Guide" (Harvard University Press, 1962). That experience convinced me that inquiry for this new field must include: multi-disciplinary participation, varied research methods and collaboration with informants including a sampling of lives in context.

As I began to probe further I was informed by a colleague Martin Keller in Preventive Medicine at Ohio State about the writings of Verne Grant: "The Origin of Adaptations" (1963). This book convinced me about the interdependence of genetics, species evolution, and the power of environmental variation. I began to probe further and became familiar with the field of ecology and its devotion to natural biological systems. I also learned that up until the early 1900’s ecologists, who focused on species and their adaptations in varied environments, had met early doubts and challenges, even disdain from other biologists.

As I continued my reading and conversations I thought a field like community mental health might benefit from assertions about different individuals in varied environments. There could be new ways to think about the adaptation knowing about the multiple personal, cultural and organizational resources we may have available to us.

The talk given at APA in 1967 "Towards An Ecological Conception of Preventive Interventions" was the initial presentation of an ecological approach for the new field of community psychology. This presentation benefited from a two year post doctoral experience, which included a degree in Public Health, and fours years working with a multi-disciplinary team at NIMH followed by my first academic position at Ohio State University in 1964. There I tried out multi-disciplinary teaching and naturalistic observations of two high schools in Columbus Ohio and met a second year doctoral student Edison J. Trickett.

So my experiences at Ohio State, and especially later at the University of Michigan, convinced me that knowledge created beyond the laboratory was possible along with the freedom to think beyond past traditions. I was free from the constraints of deriving hypothetical deductions from theories validated in the laboratory. I was exploring new topics and had the stimulation and support to do so. There were few constraints upon theory building and research styles in my own explorations. I learned that IF we are too dependent upon previous traditions and we too closely embrace canons of past history we are not as free to try out new ways of thinking and doing our own inquiry.

My philosopher of choice has been Ludwig Wittgenstein. He was insightful, trenchant and free of cant. So, I was inspired to get at the processes of being a part of the settings that I was curious about. I benefited as well from the work of psychologists like Roger Barker and the scores of social scientists who were the pioneers of community inquiry that was collaborative with informants and hosts of the inquiry.

So, I am saying: Be cautious when too quickly embracing tough minded, gifted philosophers of positivist science. Such deference may have an unintended effect upon us: to close off topics of inquiry and push us away from participatory, shared collaborative learnings in communities.

Back in September 2013, William J. Broad published a news analysis in the NY Times. I still enjoy the quote he included from Professor Gina Ogden. She said "If we just notice what’s around - notice what people are doing and saying and feeling - we can do a better job." That is sage advice for theory construction and verification in community
psychology.