Featured Articles from Around the Globe 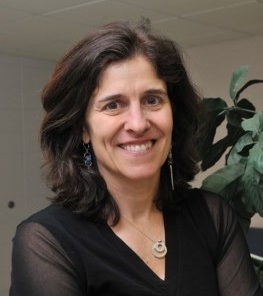 What use is a theory if it cannot describe, explain, specify, and predict phenomena of interest? Applying this metric, Jason, Stevens, Ram, Miller, Beasley, and Gleason (2016) demonstrate the limits of three of the foundational theories of community psychology. The challenge for these and other theories stems from the field’s complexity and multiple levels of analysis. Consequently, many of the defining constructs (e.g., neighborhood, social ecology, empowerment) are insufficiently specified and tested. Yet, in light of the inherently interdisciplinary nature of community psychology, its attunement to evolving societal issues, and its broad, multi-level foci, one could argue that community psychology may never yield to the rigors and conventions of traditional psychological inquiry in ways that produce a distinct unifying theory.

What use is a theory if it cannot describe, explain, specify, and predict phenomena of interest? Applying this metric, Jason, Stevens, Ram, Miller, Beasley, and Gleason (2016) demonstrate the limits of three of the foundational theories of community psychology. The challenge for these and other theories stems from the field’s complexity and multiple levels of analysis. Consequently, many of the defining constructs (e.g., neighborhood, social ecology, empowerment) are insufficiently specified and tested. Developing a stronger, more predictive theoretical base for the field, the authors argue, will depend on shared conceptualizations and greater precision in the measurement of its core constructs.  The key to all of this is specification. In fact, Jason et al. (2016) use the terms “specification,” “specify,” and “specific” 29 times, as in “The goal for Community Psychology theories should ideally specify what specific aspects of context influence what specific aspects of individuals.  Furthermore, possible specific mechanisms by which this occurs should be articulated …” (p.21).

With this sort of specificity in place, researchers can develop the shared vocabulary and tools that are needed to conduct rigorously controlled studies that advance theories and explore the underlying processes governing change. They can also examine, with far greater precision, the ways in which these processes are shaped the by contexts in which they unfold. Such an approach would better align community psychology with other psychology disciplines, most of which have evolved toward far greater rigor and specification over the past half century.  Yet, in light of the inherently interdisciplinary nature of community psychology, its attunement to evolving societal issues, and its broad, multi-level foci, one could argue that community psychology may never yield to the rigors and conventions of traditional psychological inquiry in ways that produce a distinct unifying theory.

Most of the core values and beliefs that first galvanized community psychologists were derived from a complex of disciplines that preceded it. Indeed, long before the first psychologist ever set foot on the shores of Swampscott, Massachusetts, the fields of anthropology, education, social work, urban planning, sociology, law, political science, and economics had developed rich traditions and frameworks for studying communities, power relationships, and social change. The three prominent theories highlighted in the Jason, et al. (2016) piece were built on a foundation that was laid by theorists in other fields and speak to the issues and anxieties of their day. For example, many of the core tenants of empowerment theory can be traced to the black power and activist social work movements of the 1960’s and 1970’s (Solomon, 1976). Interestingly, it was also informed by conservative political sociologists, Peter L. Berger and Richard Neuhaus (1976) who, in an influential American Enterprise pamphlet, first highlighted the importance of “mediating structures” in the form of families, churches, neighborhoods and voluntary associations as an antidote to big government. This emergence of empowerment theory to explain and justify the politics of collective power and government restraint aligns with Perkins’s (2009) observations concerning the intractable links between community theory and the political landscape from which they emerged. And this sort of inflection will continue to shape how we conceptualize communities and power relationships. As we struggle with unprecedented income inequality, sociological and economic theories of social capital, access, and discrimination are likely to continue to dominate the theoretical landscape of community psychology.

Rather than despair at the derivative and contextually inflected nature of the theories, we should more fully embrace our rich and responsive interdisciplinary history. Sociologist John Hall (1999) described a “pandisciplinarity” (p.179) characterized by an

emergent network of communication, unevenly tied together by nodal connections among discourses, practices, and procedures of translation that push back the frontier of any absolute differend. Knowledge produced by way of culturally coherent practices of inquiry and their contestation can result in more than storytelling, even in the absence of an encompassing pure Reason. (p.179)

As a field, we may never compete with the rigor and specificity achieved in the more decontextualized psychological disciplines. But this does have to consign us to inferiority or irrelevance. Instead, our unique strength lies in our openness to diverse disciplinary perspectives, a sensitivity to the diverse and shifting contexts of social behavior, and the innovative strategies that can flexibly explore social behavior at multiple levels of analysis (Perkins, 2009; Shinn & Rapkin, 2000). 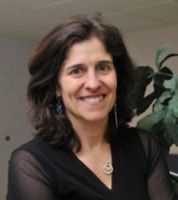 Jean E. Rhodes is the Frank L. Boyden Professor of Psychology and the Director of the MENTOR/UMass Boston Center for Evidence-Based Mentoring. Rhodes has devoted her career to understanding and advancing the role of intergenerational relationships in the social, educational, and career development of disadvantaged youth. She has published three books (including Stand by Me: The risks and rewards of mentoring today's youth, Harvard University Press), four edited volumes, and over 100 chapters and peer-reviewed articles on the topics related to positive youth development, the transition to adulthood, and mentoring. Rhodes is a Fellow in the American Psychological Association and the Society for Research and Community Action, and was a Distinguished Fellow of the William T. Grant Foundation. She serves as Chair of the Research and Policy Council of MENTOR: The National Mentoring Partnership, is a member of the John D. and Catherine T. MacArthur Foundation Research Network on Connected Learning and sits on the advisory boards of several mentoring and policy organizations. Dr. Rhodes obtained her doctorate in clinical psychology from DePaul University and completed her clinical internship at the University of Chicago.

Within the last article in this special issue, titled: Our Reflections on the Reactions to “Theories in the Field of Community Psychology”, Leonard A. Jason, Ed Stevens, Daphna Ram, Steven A. Miller, Christopher R. Beasley, and Kristen Gleason wrote the following reaction to this article:

"We do agree that situations are often complex, unique, and require multilevel, multicomponent analyses and interventions. In addition, as Rhodes (2016) mentions, the three prominent theories highlighted in our article were built on a foundation from theorists in other fields, and she mentions objections raised by other reactors who claim that our theories will not be able to compete with specificity achieved in other decontextualized psychological disciplines. We do not argue against openness to diverse perspectives, but rather whether this openness leads to generalizable knowledge. We might also add that other applied areas such as health (Brannon, Feist, & Updegraff, 2013), environmental (Steg, van den Berg, & De Groot, 2012), and industrial/organizational psychology (Levy, 2009) explicitly communicate core theories in their respective fields."

Good to read your article that wrestles with discipline "rigor" and its historical foundations. It struck me as important to keep in mind, with the call for papers, that seemed to frame the call for psychology, which seemed a bit strange given, the real time openess that Community Psychology usually exhibits. [SCRA-TRANSFORMATIVECHANGECMH] CALL FOR PAPER PROPOSALS-- AJCP Special Issue on Community Psychology and Community Mental Health